UN65JU7100 is positioned as the model above UN65JU6500 from Samsung’s 2015 TV lineup. They are both indeed coming as 65-Inch Smart 4K UHD TV that use flat panel design. That rise a question which one of them is the one to choose for your home TV? There’re several similarities between Samsung UN65JU7100 and UN65JU6500 when We look further on those two TVs. But there’re also few differences between them. To know more about which of them to choose, It’s better to take a look at their similarities then differences together before We move forward on the conclusion on which of them is the one that you should choose.

UN65JU7100 and UN65JU6500 are both positioned as two 65-Inch Smart 4K UHD TV from Samsung’s 2015 TV lineup. They are coming with some basic technology. What’s their similarities? Here It is. 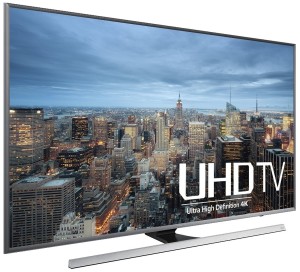 I’m quite sure that you have noticed that Samsung UN65JU7100 and UN65JU6500 use the latest 4K UHD picture resolution as their picture resolution. It’s the new resolution that can produce up to four time more brilliant picture quality than conventional Full HD resolution. I’m also quite sure that you also notice there’s a little problem with 4K UHD resolution, lack of original 4K UHD contents. But you don’t have to worry about that since you can still enjoy your favorite HD contents with near 4K UHD picture quality with the UHD upscaling technology of Samsung.

As two models of 2015 Samsung Smart 4K UHD TV that use the same flat panel, You can find that some of the technology of UN65JU7100 is the same with its lower model UN65JU6500. They are both installed with PurColor, UHD Dimming and Contrast Enhancer. PurColor is the technology that used widely by Samsung’s 2015 4K UHD TV. It’s originally used on HU9000 model of 2014 that can bring more precision color details on 4K UHD resolution screen. Besides PurColor, UHD Dimming is also installed on both of those two TVs. UHD Dimming is the basic technology for Samsung 4K UHD TV that already installed from F9000 model of 2013 as the first Samsung 4K UHD TV model. UHD Dimming bring sharp image details on 4K UHD screen. As flat panel 4K UHD TV, Samsung UN65JU7100 and UN65JU6500 are both installed with contrast enhancer technology. Contrast Enhancer is a technology that attached on Samsung flat panel 4K UHD TV to deliver greater sense of depth on flat panel TV.

As a complement of excellent picture quality, a good audio is needed to enjoy your favorite TV contents optimally. UN65JU7100 and UN65JU6500 use 2CH 20W speaker system as their audio output. Is that good enough? For most people It’s enough to enjoy good audio quality. But for some audio enthusiast, It’s not enough. If It’s not enough for you, then you can add additional soundbar or audio system to bring more powerful immersive sound quality to your home.

Besides those similarities, there’re also few differences that you can find between Samsung UN65JU7100 and UN65JU6500 as you can see from the table above. Do you want to see the differences in details? Here It come. 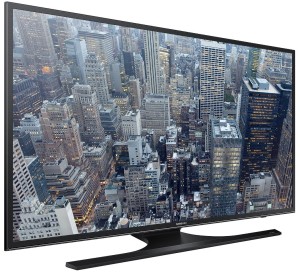 After talking about the similarities and differences of UN65JU7100 and UN65JU6500 from Samsung, as well as looking at their customers’ feedback, now We know that They are both excellent choices for your home TV. Samsung UN65JU7100 is indeed the better choice if you don’t mind to spend $500 more in more vibrant contrast with smoother fast action images, as well as additional 3D feature and Smart Remote. You can order Samsung UN65JU7100 here…